Who ya gonna call? Mythbusters!

Is there something strange in your neighborhood? Like vaccine misinformation? If you’re on the fence about getting vaccinated for COVID-19, let us bust some myths for you.

Get the facts about the COVID-19 vaccine

Are the vaccines safe and effective even though they were developed quickly?

YES. Millions of people in the United States have received COVID-19 vaccines under the most intense safety monitoring in history. The FDA, CDC, and Advisory Committee on Immunization Practices (ACIP) have carefully reviewed all available data and are confident the vaccines are safe and effective to prevent COVID-19.

Before now, the FDA hadn’t given emergency use authorization or approved a vaccine that used mRNAtechnology because— although the mRNA vaccines that were created before were safe— they weren’t very effective (like for cancer, allergies, and SARS). They weren’t effective because mRNA breaks down very quickly and needs to be transported by something that won’t break down quickly. Finding that “something” has been hard for scientists— until now. Scientists found they could use fat bubbles to transport the mRNA, without putting the actual virus itself into your body. These fat bubbles work well to transport the mRNA, and were the “something” scientists had been looking for. That’s why we now have mRNA vaccines that are safe AND effective.

Almost 300 million people in the US have already been vaccinated, and more than 1 million in Utah. Anyone 12 and older can get vaccinated for COVID-19. The clinical trials and real world data continue to show the vaccines are extremely effective and serious side effects are rare.

Get answers about the COVID-19 vaccine (English)

Are the vaccines effective?

YES. Data from both the clinical trials and real world studies show the COVID-19 vaccines are incredibly effective at preventing sickness, hospitalization, and death. Recent studies show the vaccines work against the new variants of the virus identified so far and prevent transmission of the virus to other people. Research also shows the vaccines help avoid long-term effects of COVID-19 and may actually improve things for those who are suffering from long-term effects of COVID-19. Studies show the vaccines likely provide longer lasting immunity compared to natural immunity (immunity from having the disease). Vaccination strengthens your immune response and is a safer way to build immunity than getting the disease again. COVID-19 can have serious long-term health effects that doctors are still learning about.

You can see the efficacy data from each of the clinical trials here (Pfizer/BioNTech), here (Moderna), and here (Johnson & Johnson/Janssen).

Do the COVID-19 vaccines change your DNA?

NO. COVID-19 vaccines (Pfizer and Moderna) are mRNA vaccines and don’t interact with your DNA in any way. The vaccines don’t have any live virus in them and can’t give you COVID. Messenger RNA, or mRNA, is genetic material that tells your body how to make proteins. These types of vaccines teach your body how to make copies of the spike protein found on the coronavirus. This  triggers an immune response that creates antibodies to protect you from getting infected with COVID-19.

Do the vaccines contain a microchip or tracking device?

NO. COVID-19 vaccines do not contain a microchip or tracking device. This misinformation was spread to scare people, and has been proven false.

Curious what ingredients ARE in the vaccines? See what the ingredients of authorized COVID-19 vaccines are for yourself.

Do the vaccines make you magnetic? 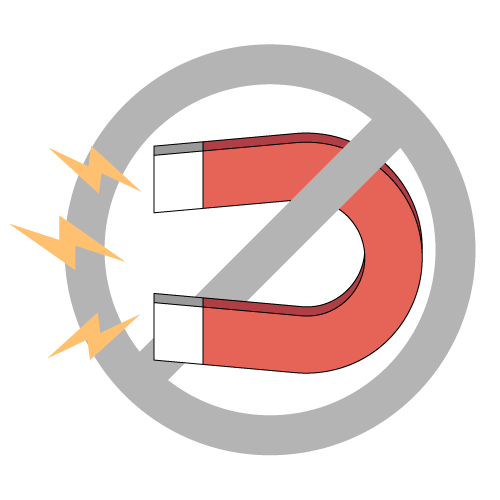 Are COVID-19 vaccines linked to infertility or miscarriage?

NO. Thousands of women have received the vaccine while they were pregnant or have become pregnant after getting the vaccine. Data shows that COVID-19 vaccines have not caused infertility, miscarriage, or complications with pregnancy or delivery for either the mother or baby.

However, many pregnant women who have gotten the COVID-19 virus during pregnancy have had serious complications caused by the virus. Pregnant women are at an increased risk for severe illness from COVID-19 because their immune response is not as high.

Will I experience long term side effects from the vaccine?

It’s very unlikely. While it’s true we don’t have years of data on the COVID-19 vaccines, we do have hundreds of years of knowledge about the human body and vaccinations. Plus—because COVID-19 affected millions of people around the world at the same time—scientists got to study the effects of the vaccine on hundreds of thousands of people with different backgrounds and different levels of health—we got data that normally would have taken years to get. If you look at the history of all vaccinations, almost every long-term side effect from vaccination shows up between 6-8 weeks after vaccine clinical trials end. That’s why the FDA requires a wait time of at least 60 days after the end of a clinical trial before an emergency use authorization (EUA) can be given.

Mild or moderate symptoms after getting vaccinated are normal and may last a few days, like a fever, muscle aches, headaches, feeling tired, or redness around the injection site. This is common after any vaccine, and means your body has started creating an immune response and is learning to fight the disease. Severe side effects and allergic reactions are rare. Your chance of having a life-threatening case of COVID-19 is much higher than your potential risk of ever getting a serious side effect from the vaccine.

Do kids need to get vaccinated?

YES. There is a common misunderstanding that children do not get COVID-19 or are not at risk for severe illness from the virus. However, some children do get sick enough to require treatment in the hospital. There is much we still don’t know about how COVID-19 will continue to impact children long-term.

Children suffer from serious, potentially long-lasting side effects at rates similar to adults, even when they never had symptoms or had only mild symptoms at the time of their infection. Many children continue to suffer with fatigue, headaches, abdominal pain, muscle and joint pain, and difficulty with memory and processing information.

Do I need the vaccine if I’ve already had COVID-19?

YES. You should still get vaccinated, even if you’ve already had COVID-19. Even if you still have some natural immunity, or immunity from having the virus, studies are showing the immunity from the vaccines adds another layer of protection, better protects against variants, keeps you from even getting the virus again, and lasts longer than natural immunity. Vaccination is a much safer and effective way to develop immunity than being infected by the virus because you don’t know how COVID-19 will affect you.

We have enough supply of vaccine for everyone. When the vaccines first became available, supplies were low and many states recommended waiting 90 days to get vaccinated after you’d had COVID-19, so we could make sure we had enough for those who were most at risk. This was the best recommendation at the time. We don’t have to do that anymore. You DO NOT need to wait 90 days after having COVID-19 to get vaccinated. You can get vaccinated as soon as you are no longer in isolation and you don’t have any symptoms.

Can I get the vaccine if I have allergies?

You should NOT get the COVID-19 vaccines if you have:

Learn more about getting vaccinated if you have allergies here.

Have the vaccines caused any deaths?

No. There have been no deaths directly caused by the vaccines, out of more than 302 million doses of COVID-19 administered in the United States from December 14, 2020 to June 7, 2021. If someone who got a COVID-19 vaccine dies—no matter what the cause of death was— the FDA requires healthcare providers to report the death to the Vaccine Adverse Event Reporting System or VAERS. The FDA does this as a safety step, so vaccine safety experts can review all clinical information available, including death certificates, autopsy reports, and medical records.

The FDA required doctors to report any death of someone who had been vaccinated, but anyone can report a death to VAERS, not just doctors. It’s important to understand that VAERS shows numbers from every single thing that was reported, it doesn’t show reports or numbers after the CDC and FDA have investigated the cases. No one has to provide any documentation or medical proof of the health problem or side effect. This is why our vaccine safety system works so well— because the CDC and FDA want people to report anything they THINK may have been caused by a vaccine. That way, they can investigate it, just in case.

Since the vaccines have been available, 5,208 people who had been vaccinated have died in the United States (from December 14, 2020 to June 7, 2021) from a variety of reasons. Even though the vaccine may not have been suspected as the cause of death, each of these deaths was carefully reviewed. They found that none of these deaths were directly caused by COVID-19 vaccines. 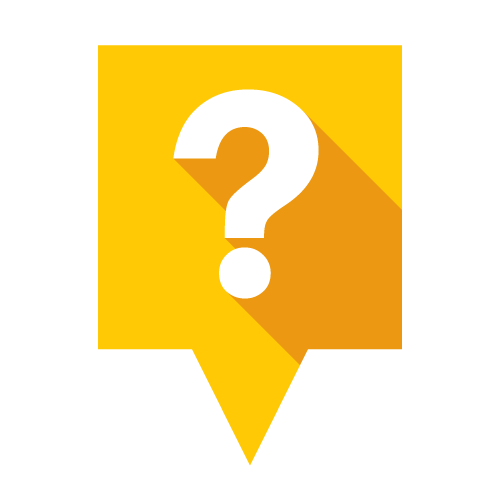 Is it a HIPAA violation if someone asks me if I’m vaccinated for COVID-19?

No. HIPAA laws are often misunderstood, so it makes it easy for misinformation to spread. HIPAA stands for Health Insurance Portability and Accountability Act of 1996 (Public Law 104-191). The law was made to make sure employees had health insurance between jobs. However, a privacy rule was added in 2003. The privacy rule is the part that is usually misunderstood. To find out more about HIPAA privacy rules and what personal health information (PHI) is protected, click here.

For example, just because someone works at a medical clinic, does not mean he or she can just access your medical records. The person has to have a valid reason, like if he or she were your nurse or doctor. Another example would be that not everyone in the billing department would have a valid reason for access to your health information, but the person who is actually billing your insurance would.

Having accurate information and facts about COVID-19 vaccines is critical so you can make informed health decisions for yourself and your family. Get informed and help stop common myths and rumors.

More myths and facts from the CDC