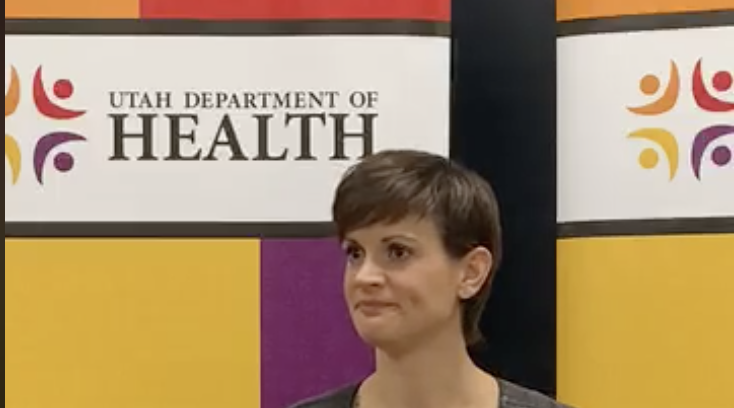 Following the announcement of a second confirmed case of COVID-19 in Utah, Dr. Angela Dunn, state epidemiologist, provided an update for media and the public.

In both of the confirmed cases in Utah, Dunn said the patients are over 60 and had traveled out of the state. People over the age of 60 are the highest-risk group for COVID-19.

“Individuals over the age of 60, especially those with underlying health conditions, should really take this seriously,” she said.

For those under 60 who feel sick should avoid visiting anybody over the age of 60 or those with underlying health conditions.

Specific to the second patient, Dunn said the person traveled to Florida, Bahamas, and Nevada but was not on a cruise. The patient began showing signs soon after returning and did not attend any events. Health officials are tracing all of the people the patient had close contact with after showing symptoms and testing them as needed.

The patient is from the Weber-Morgan health district and currently in serious, but stable, condition in McKay-Dee Hospital. The patient first had a cough and fever, then began showing more severe respiratory symptoms that required hospitalization. The patient was tested for COVID-19 after hospitalization.

The state has tested dozens of people, and has the capacity to test 50 people per day, Dunn said. That capacity is expected to double in the next week. So far, only two tests have come back positive. Based on information from the Centers for Disease Prevention and Control, there are enough kits to effectively test anybody recommended by a medical professional.

So far, there are no signs of community spread of COVID-19, including among anybody who had close contact with the two confirmed patients. Although the state expects to begin seeing community spread, the risk in Utah remains low, especially for those under the age of 60, Dunn said.

Along with the testing, the state is also monitoring more than 100 people who have have returned from the highest-risk countries — China or Iran — and asking them to self-quarantine for 14 days. People who have traveled to other high-risk countries, such as Italy, South Korea, or Japan, are also being monitored for symptoms. Dunn said the state follows guidance from the federal government on travel restrictions and monitoring recommendations.